The Irish Security Industry Association (ISIA) hosted the ISIA Awards and 50th Anniversary Celebration on Saturday 10th November at the Ritz Carlton Hotel.  The awards were attended by over 250 individuals from the private security industry, suppliers to the industry and security managers from a variety of industries.  Also in attendance were members of the Private Security Authority, An Garda Síochána, FÁS and the Dublin Fire Brigade.

As pointed out by ISIA President, Sean Malone “The ISIA Awards contributes to ensuring that standards within the security industry are kept high”.  Malone thanked all those ISIA members “who took the time to reflect on the excellence of their employees and the outstanding work being done in the industry”.  There were eight awards presented on the night, with three categories being introduced for the first time this year.

The Courage Award
This year’s recipient of the Courage Award was Joanne O’Riordan, a truly remarkable individual.  Joanne is one of seven people in the world with total amelia, but she has not let this stop her from anything.  O’Riordan challenged the Taoiseach on the issue of cuts that would impact on those with disabilities, asked women scientists around the world to build her a robot and was invited to address the United Nations on this very topic, which she did earlier this year just after her sixteenth birthday.  Joanne O’Riordan is an inspiration and the ISIA were thrilled to be in a position to recognise her courage with this award, which was sponsored by Synergy Security Solutions.

Electronic Security Apprentice of the Year
In 2007 FÁS introduced an Electronic Security Apprenticeship allowing those working in the area of electronic security to gain a craft with global recognition.  This year, for the first time, the ISIA recognised those ISIA apprentices nearing completion of the apprenticeship.  The award was sponsored by GVD in association with Milestone and the winner was Donagh Kane from Jade.  There were three finalists also recognised on the night; Andrew Fleming of Xenon Security Systems, Shane Kennedy of Stanley Security Solutions and Glen Lunney of G4S Monitoring Ireland.

Industry Contribution Award
Private security is filled with individuals who work tirelessly on a voluntary basis to improve their industry.  This year the ISIA wished to recognise these efforts and introduced the Industry Contribution Award sponsored by Stanley Security Solutions.  The award was presented to the Security Systems Training Council (SSTC) who gave their own time to assist FÁS with the development of the Electronic Security Apprenticeship and continue to work closely with FÁS on recognition of prior learning (RPL) to ensure those experienced in the industry have an opportunity to also earn a craft.

Innovation in Security
The award for innovation in security was developed to foster and encourage innovation in the security industry.  Sarah O’Donnell, Communications Director with the ISIA stated “the submissions this year were of a very high standard and we were delighted to be able to say that innovation is a key component in the success of each of the finalists selected”.  There were four finalists selected; G4S, MTS Security, Stanley Security Solutions and TDS.

The award was sponsored by Anixter and the winner was TDS.  “The TDS submission was based on a piece of work they completed for Google”, stated Martin Crothers, Past President of the ISIA, “but what stood out about TDS is the true culture of innovation in their organisation which impacts on everything they do as a company”.

The ISIA would like to thank all of the guests who attended on the night, those members who supported the spirit of awards by first of all recognising the excellence within their own companies and of course all of the sponsors without whom the event would not be possible.

Thank You to Our Sponsors 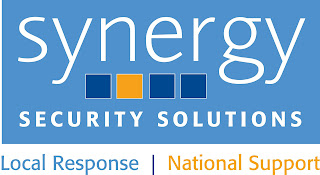 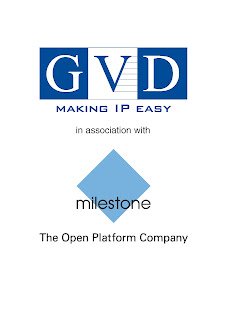